Halloween Memory: The First Cut Is the Deepest

Thirteen is kind of a big deal in the mythos of the spooky holiday. However, the number 14 has just as much significance to me. It was then that I truly discovered horror films.

Sure, Dracula was fine and Hocus Pocus was hilarious, but witches and vampires were only so scary. After all, they are fake. Enter the mass murderer, humanity’s real monster. Misunderstood sociopath perhaps, but what sets these men apart is their seemingly unquenchable thirst for young teen blood. Freddy, Leatherface, and my personal favorite, Michael, hunt down the children of the ‘burbs for one reason or another. END_OF_DOCUMENT_TOKEN_TO_BE_REPLACED

The 6 People You Meet at a College Halloween Party

At some point before you moved into your dorm room and began to “find yourself,” you gave up on going door-to-door for candy. There was once a time when Halloween began before sunset and ended before late-night talk shows, but at some point that ended and Halloween was lame. Maybe a part of you died. Maybe some of you, likely diabetics, were happy to see it go.

Appropriately for the holiday, Halloween is resurrected for all of these children, diabetics included, when they enter college. Rows of houses are replaced with overstuffed apartments. Concerned parents are replaced with lopsided sophomores, still sobbing over their “daddy issues.” This is the magic of Halloween. Among the sexually frustrated upperclassmen and the underclassman still trying to figure out how to hold a beer naturally are these six people you will meet at every college Halloween party. END_OF_DOCUMENT_TOKEN_TO_BE_REPLACED

This costume is not as cool as it looks.

If you’re kind of a nerd, a title I assume applies to most people reading this blog (either that or “in denial”)*, I must advise against wearing a Halloween costume with excessive padding this October 31st. END_OF_DOCUMENT_TOKEN_TO_BE_REPLACED 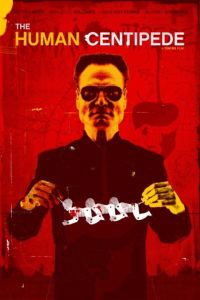 There’s a question about writer/director Tom Six’s prematurely notorious film that I feel nobody is asking: Why the hell is it so funny?

Watching the film for the first time last night, I can’t help but think that the film lives and dies in the minds of viewers, sight unseen. The question becomes not “How is it?” or “Does it contain anything that could be considered artistic substance?” but instead: “Are you the kind of person that wants to see three people sewn together ass-to-mouth?”

I know this is a Halloween blog, and The Human Centipede is no doubt in contention for your holiday viewing time and money, but I think there’s something more interesting going on here than “Should I watch it or not?” END_OF_DOCUMENT_TOKEN_TO_BE_REPLACED